When you book with an account, you will be able to track your payment status, track the confirmation and you can also rate the tour after you finished the tour.
Sign Up

Or Continue As Guest

When you book with an account, you will be able to track your payment status, track the confirmation and you can also rate the tour after you finished the tour.
Sign Up
968

If you have any enquiries regarding our packages, please don’t hesitate to call or email us. We are a team of experts and we will be delighted to talk to you.

An exotic tour to the traditional Tibetan villages of the other side of the Himalayas bordering Tibet, Mustang trekking or Upper Mustang trekking gives trekkers the opportunity to explore antique Tibetan villages, rare medieval Buddhist art, culture and the unique beauty of the Himalayan desert. Lying behind the Dhaulagiri and Annapurna mountains, the medieval settlement of Upper Mustang and its capital Lo Monthang were forbidden to foreigners until the mid-1992 and thus provides an aura of a remote, mysterious and unusual land.

This land is geographically the extension of the Tibetan plateau, characterized by windy and dry valleys, eroded canyons and unique stratified rock formations. The people here belong to Bhotias and Loba community that migrated from Tibet centuries ago and practice Sakyapa school of Tibetan Buddhism. The only place to see completely undisturbed Tibetan culture, upper Mustang is full of stone and brick houses and monasteries having medieval look and unique local architecture. This settlement is small kingdoms ruled by a local king and has many religious festivals among which Tiji is the biggest. Invaluable historical objects and Buddhist murals, dating around 800 years back, were recently discovered in the high caves that require technical climbing.

This exotic Mustang trekking rewards trekkers with opportunities to explore ancient Buddhist culture, monasteries and historical caves. The trek starts from Jomsom after a 30 min flight from Pokhara. The trek follows a trail along the Kaligandaki gorge (the deepest in the world) and heads for primitive village of Kagbeni. The trial continues north and passes through the ancient villages like Samar, Ghiling and Charang finally leading to Lo (3,750m), the capital city of Mustang. In the villages like Namgyal gompa, Thinkar, Garfuk and Nifuk around the capital city, trekkers get to witness people still living in cave dwellings cut into surrounding cliffs. The return trek passes over Dri and Yara. One can visit Luri Gompa and head to Tetang after exploring the holy temple of Muktinath then descend to Jomsom. 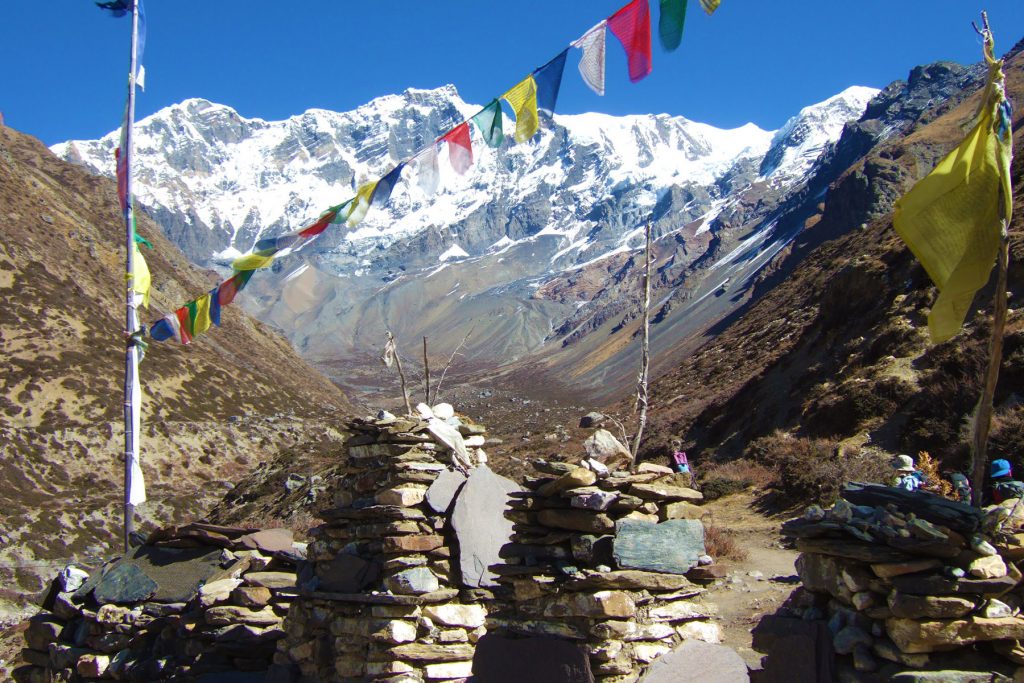